Hi everyone, I’d like to recreate the type of displays used in McDonalds ( in the UK at least ) where there are several screens positioned next to each other in a portrait orientation, and they are used for both individual digital menus and then switch to playing a video clip of a burger/meal/promotion for a few seconds and then revert back to being individual display screens.

I’ve looked at the Magic Video Wall package, would it be as simple as making a playlist that contains a single image that has three ‘sections’ to so that when placed across all three screens it would fit correctly, and then if I want a video to play across the entire three screens, just add a video into the playlist and set a duration for each asset, for example show the menu image for 30 seconds and then play a video for 5 seconds in the layout? 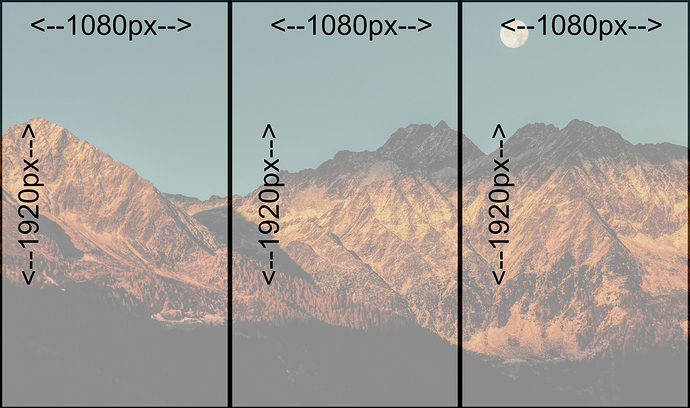 You can use the magic video wall or the video wall package. The downside is that mixing a 3x1 promotional video that crosses all three screens with individual content is a bit tricky as then the resolution for the individual images is quite low. You don’t get 1080x1920 but something like 640x1140. Which looks bad.

The better approach is probably as follows: Use the video wall package, but instead of creating a single setup based on it, create three of them: One for the left, middle and right screen. Then configure each setup like this:

So just 1x1 with the correct orientation/rotation. Finally assign assets to the playlist of each setup.

The individual-imageX.jpg files can use the full 1080x1920 resolution. Same with each part of the promotion video. Each can use 1080x1920.

To get this all synced, all you have to do is ensure that each playlist is of the exact same duration. That’s all.

The only tricky part would be to pre-split the original promotion.mp4 into its three parts. This can be automated with ffmpeg thought, so I guess on Windows, dropping the source video onto a prepared batch file should work. The great thing about this is that you could use very high-res videos as source material (with a 3240x1920 resolution like you said) and play that synced across the three screen.

Let me know if you need any help with any of the steps. I’d be happy to help with all of them.

Hi, thanks for your response.

I guess I assumed that with say the Video Wall Package, that I could just upload an image that was 3240x1920px, that I had prepared by having 3 content areas in the single image, and the software would automatically split the image and spread it across the 3 screens.

The same for the video, I was thinking of creating a large video file of 3240x1920px and thought the software would take care of the splitting/layout on the 3 screens and sync the 3 sections.

I’m confused as to why the individual image dimensions would be 640x1140, is this just to do with the software ‘cropping’ or ‘stretching’ the image? 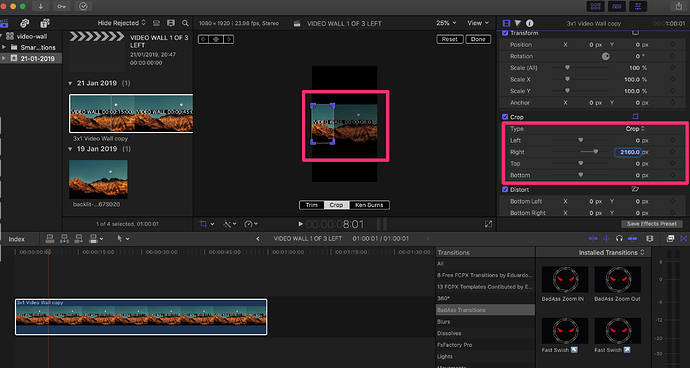 And the menu image is easy enough with a graphics program, just create the full 3240x1920 image file and crop out the 3 sections and save separately.

Right now info-beamer doesn’t touch uploaded files. So it won’t transcode videos or split images. That might be a feature in the future but nothing that’s going to be available soon. So for now you’ll have to do that beforehand. With videos, be sure that they end up having the exact same duration. If not, at least set their duration to the same value when creating the individual playlists. Otherwise the three different setups won’t be in sync.

If using 4k video footage as the ‘master’ video file, then assuming the same aspect ratio is maintained there is only 173px ‘overlap’ where the original 4k footage would be outside the frame of the 3240x1920 video file. 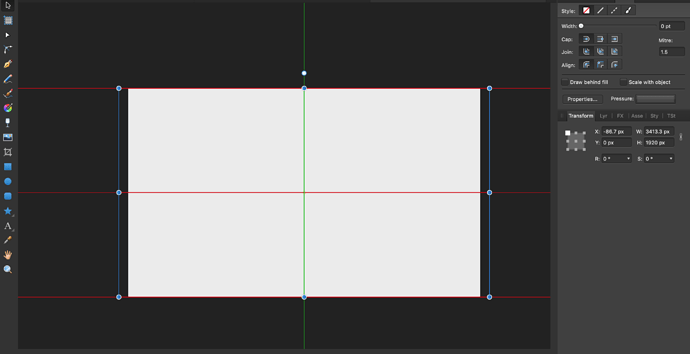 So as long as the 4k promo vid has a ‘safe area’ to avoid content on the left and right edges being cropped out then this would work really well, nobody would really notice approx 90px cropped off each side of a 4k video file.

This can then be ‘cut up’ as described earlier into left, centre and right videos, and as all three are being cropped from the same ‘master’ video, then they will be the same duration.

If anyone wishes to try this, I’m happy to share the 3 parts of a sample video I have made, it’s a royalty free video file from Pexels so no issues in sharing.

Sure. That sounds useful to have. It’s always difficult to find useful example content so it you could share then in a way they are still available in the future, that would be great!

I’ve just made them shareable via my Google Drive for now: