The Pi4 has a writable EEPROM. This allows fixing firmware problems and adding new features without releasing new hardware. This wasn’t possible with previous models and you can search for “Known problems” for some examples of unfixable bugs in earlier models.

Recently the Pi4 firmware got a new feature named the HDMI diagnostics screen introduced by this commit. The 640x480 output shows the Raspberry Pi4’s available memory as well as a bunch of other useful information once a Pi4 is unable to boot beyond the eeprom boot stage: 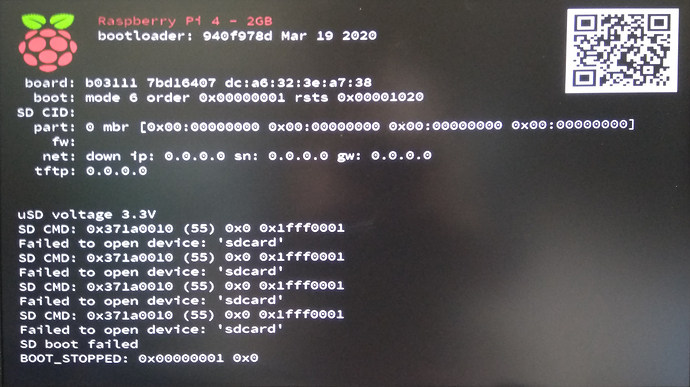 The QR code points to https://www.raspberrypi.org/downloads/.

Contributions welcome. The eeprom update will end up in the next version of the info-beamer hosted OS. The current version in stable doesn’t have this feature yet.