Hello, my first post! Does anyone know of a way to prevent the displaying of URLs that may follow the caption of a twitter post? In the case of this example, the Twitter user (in this case ABC7NY) adds a URL after the caption in order to direct the viewer to the page for the main story. Twitter feeds that do not include such a URL just display the caption. Could there be a checkbox to eliminate everything after “https://…”? I’m not sure if this would affect the displaying of accompanying pictures however, and I wouldn’t want to do that. Thanks in advance for your help! Brian 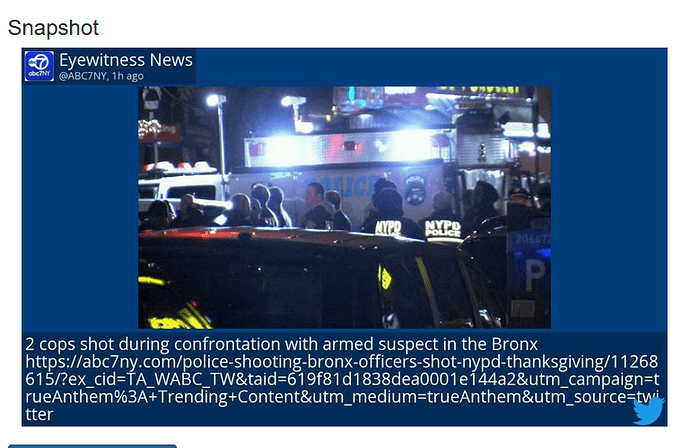