I’ve just added support for chroma keying to the Scheduled Player package. If you add a video to a page, you can now select the [x] Color to transparency option and select a color. 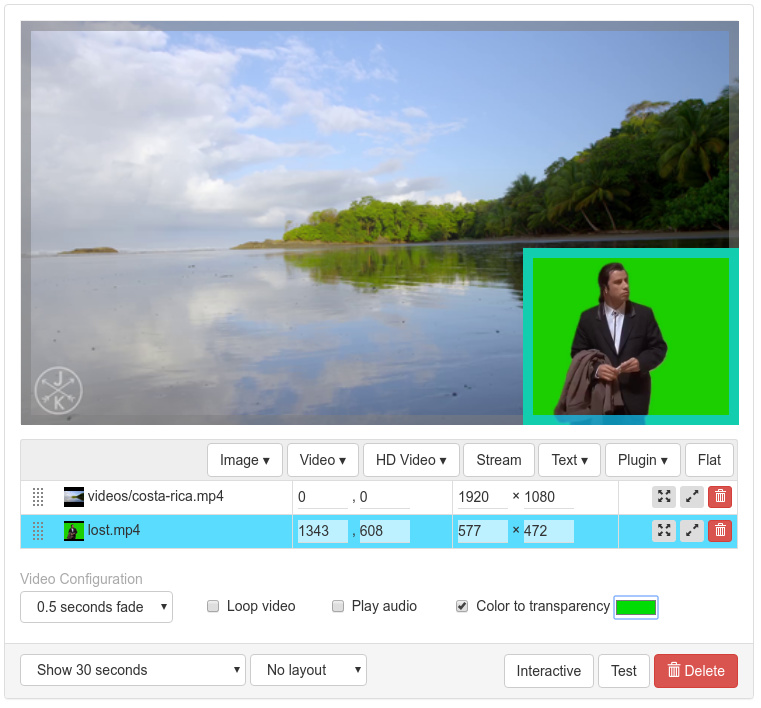 …results in this output: 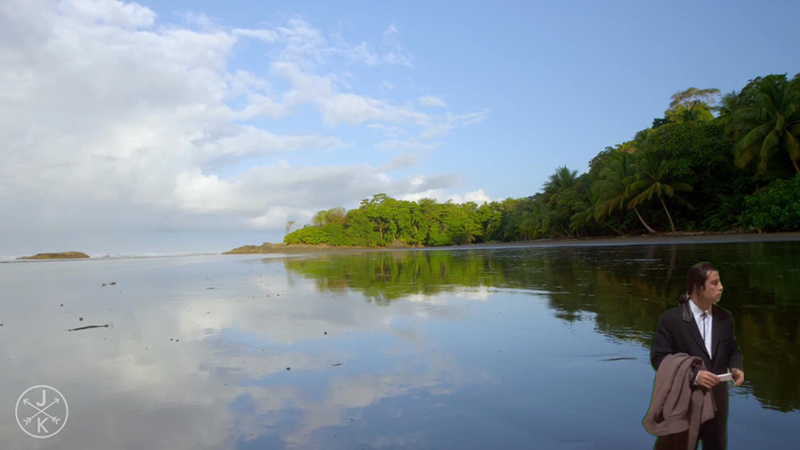 This only works for “Video” tiles, not for “HD Video” tiles as only the former use GL and can be modified in that way. Also: do not use this for high res videos! It will slow down everything considerably in that case. The maximum video resolution is around 300x300 pixels.

This is so awesome, what a fantastic addition, thanks for your work on this Florian

Florian, just noticed the color picker isn’t appearing in Safari, well at least the button/box doesn’t appear, but if the area to the right of the text is clicked it does popup.

Not complaining, as it’s still awesome, just a bit confusing with no button

Can you update and check if it’s visible now?

The reason I’m so pleased that this has been added is that it allows animated logos etc to be placed over the content.

Just create a small video containing an animated logo etc, with a coloured background to assist with the chroma keying, export as an mp4 file, upload as an asset and use in the scheduled player setup.

This is something that would normally require some kind of video production software, such as OBS studio, to capture a video stream and then overlay a graphic over the top before outputting it as a video stream, or on a video file, the animated logo would need to be added and rendered onto every video before uploading.

Although this feature obviously won’t replace much more feature rich software, the fact that it’s so easy to implement and doesn’t require any additional hardware/software is awesome.